Karyatis Luxury Maisonette is an elegant, fully renovated, 1970’s apartment, boasting the most disarming of Acropolis views. Classically Greek materials such as wood, stone, marble and metal dominate the interiors, exuding a perennial elegance that guests will love. Split across two levels, this 200 m2 maisonette is able to comfortably accommodate up to six adults in three double bedrooms, one of which has the astonishing attribute of spectacular Acropolis views pouring into it, with the iconic rock being visible directly from the bed. Located on the south side of the Acropolis, on Garivaldi Street right next to Philopappou Hill, this Acropolis view maisonette features a generously sized living area and one fully functional kitchen on the main level as well as a kitchenette and a second living area on the loft level, surrounded by phenomenal Athens rooftop vistas and unobstructed Acropolis views. Privacy and quiet is guaranteed at the Karyatis Luxury Maisonette, while the exteriors have a certain coolness about them, due to being in close proximity to the verdant, cypress tree laden Philopappou Hill. In fact, the building that houses the Karyatis Luxury Maisonette places the loft almost at eye level with the Acropolis, and so views go beyond the Acropolis to include the entire Athenian skyline, with Mount Lycabettus in the background on the north terrace, the Athenian Parliament and National Gardens, as well as glimpses of the sea leading towards the port of Piraeus from the south terrace.

Main level - Entering the elegant Karyatis Luxury Maisonette, you are greeted by a well appointed, open plan living space with a gorgeous fireplace, a grand dining area and an impressive, central wooden staircase leading to the upper level loft. Glass french doors maximise the natural light and allow for wonderful visuals such as the verdant, neighbouring Philopappou Hill to the left and the Acropolis rock straight ahead. A fully equipped kitchen, two sizeable double bedrooms and one smaller one as well as two bathrooms complete this Acropolis view maisonette’s facilities. One double bedroom boasts striking Acropolis views directly from the bed, while the third, smaller bedroom features a double sofa bed, making it ideal for children.

Loft level - Upon ascending to the upper loft level, a marvelous, spacious, second living area with fireplace reveals itself, as well as a kitchenette and WC for guests’ convenience. Glass walls cover the majority of its perimeter, wrapping the Acropolis view loft with astounding panoramic views of Athens city. On either side of the loft are with two spacious, stone built terraces with gardens, both possessing jaw dropping views of the ancient rock and 360 vistas of the entire city, as far as the eye can see. Due to the location and design of the Karyatis Luxury Maisonette, which seems as if perched on the peak of the city, the distance between guests and the Acropolis seems almost obsolete, resulting in staggering Athenian views that are absolutely breathtaking.

The north terrace is where the Acropolis and its Parthenon appear so close, it is almost overwhelming. Guests can take in its mesmerising aura from morning until night, enjoy a coffee or other favourite beverage, perhaps some delectable wine or cocktail in the evening when the landmark is at its most enchanting, illuminated against the darkness of the night. This terrace is furnished with a table and chairs, making it a most comfortable setting, round the clock.

The south terrace, that features a lovely verdant stone garden around its perimeter, also shares a spectacular view of the Acropolis rock. Furthermore, it features a well appointed, outdoor jacuzzi in which guests can relax, soaking in the magnificent views that become the most astonishing and bonafide backdrop to your Athenian holiday. It is accompanied by chaise longues so guests can sunbathe during the day or stargaze at night under the auspices of the monumental Athenian landmark. 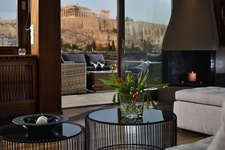 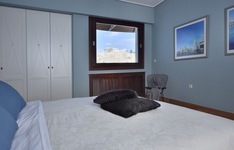 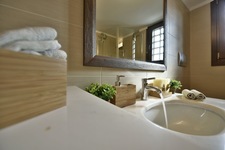 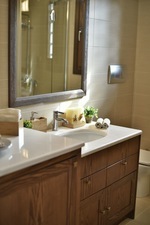 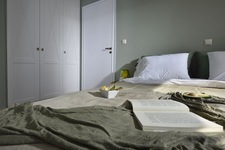 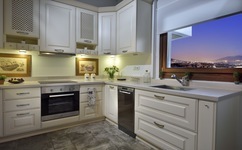 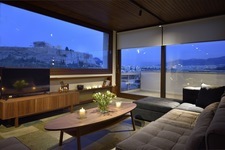 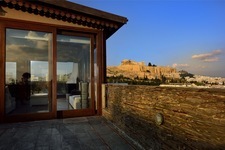 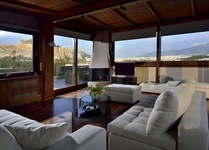 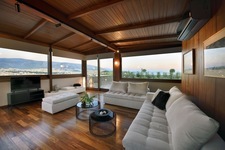 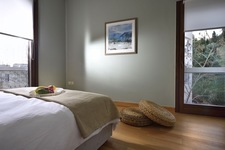 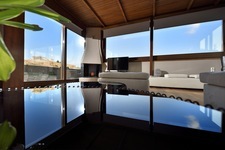 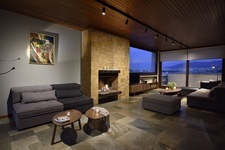